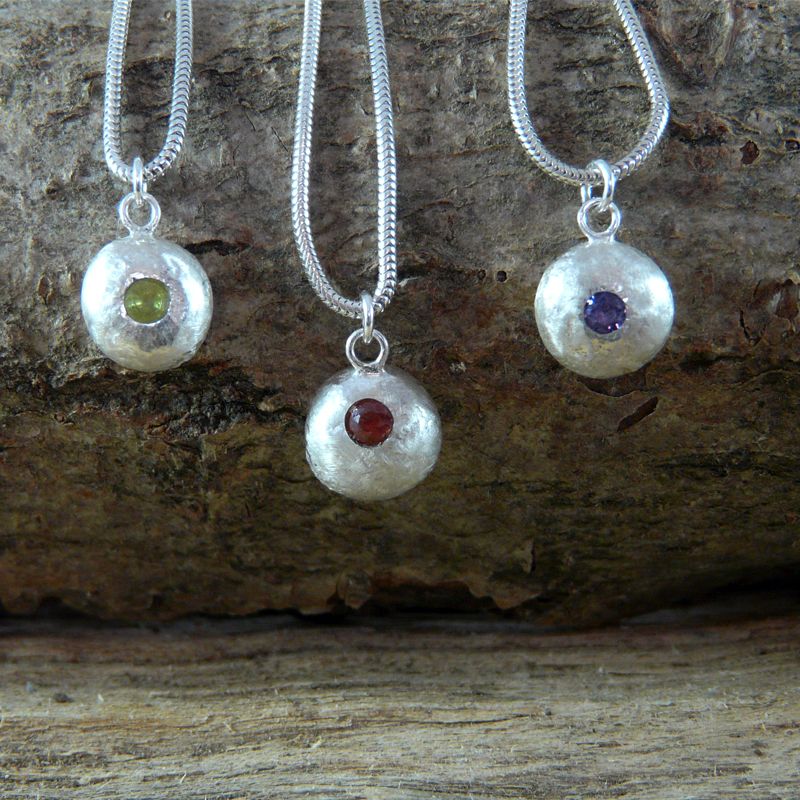 Made to order within 5 working days!

Striking in its simplicity, this silver “nugget” is the perfect foil for the flush set gemstone at its centre. The nugget is formed from molten silver and the process creates a subtle and unique texture and shape.There are 3 nuggets each set with a different gemstone:

Peridot was first mined by the ancient Egyptians on the volcanic rocks of the Isle of Serpents in the Red Sea. This yellow-green gem is believed to ward off evil spirits and dispel enchantments. Peridot is also associated with inviting love, luck wealth and peace to anyone who wears it.

A purple form of quartz, amethyst has been used as a gemstone for thousands of years and by many cultures. The ancient Greeks believed that the stone could prevent intoxication and in Tibet, the amethyst is sacred to the Buddha and is often used to make prayer beads.

Garnet derives its name from the Latin word for seed and it is often associated with the pomegranate due to its resemblance to the much fabled fruit. Popular since the Bronze Age, garnets are believed to be a powerful gemstone offering protection and healing to the wearer.

Recommend this to a friend  +